Halifax Resolves Chapter President Ken Wilson was invited to speak to a group of the descendants of Revolutionary War Colonel John Whitaker of Halifax County.  These individuals were descended from two of Colonel Whitaker’s sons who migrated south and west after the Revolution.  The presentation, entitled “Halifax County – A Glimpse into the Past”, informed the group on the formation of Halifax County and the county’s role in the Revolution.  Included were some stories of about individuals in the county at the time and Cornwallis’s  occupation of Halifax in 1781.  Whitaker descendant Betsy Brodie Roberts, a member of the Brunswick Town Chapter NC DAR, presented Wilson with a first edition copy of the book Rebel Boast, by Manly Wade Wellman in appreciation of presentation. 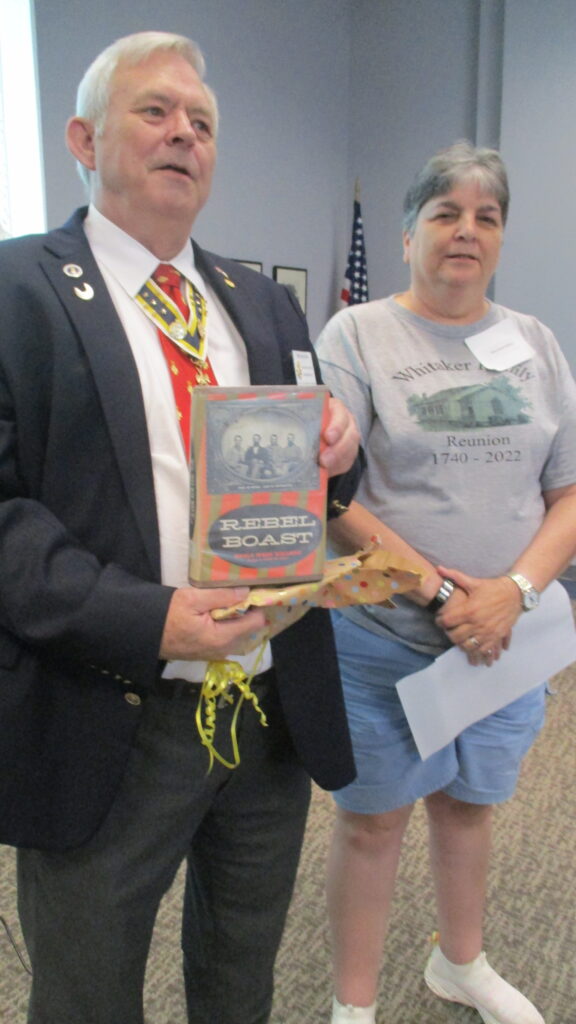