On May 29th, members of the Blue Ridge Chapter Color Guard presented the National Colors for the National Anthem at the Memorial Day Asheville Tourists Baseball game. As they paraded off the field, the six-member team was honored by the large ovation from the nearly 3,000 fans who were in attendance.

“This is the second opportunity we have had to participate in a Tourists’ game in the past three years”, commented Chapter President Craig Issacson. “This year was special because the Tourists Baseball Club wanted us specifically for the Memorial Day event. That’s very special to be viewed with that kind of esteem.” 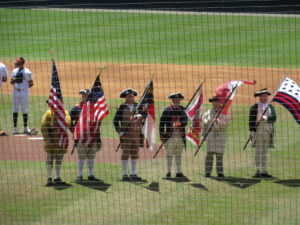 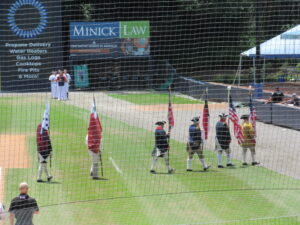