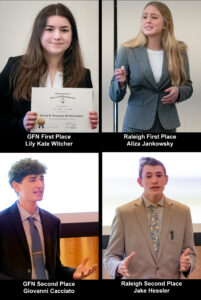 Presiding was General Francis Nash and State Rumbaugh Chairman Lowell Hoffman.  After the competition, competitors, parents, and other guests were invited to the following General Francis Nash Chapter Lunch Meeting, where the results were announced, and the First Place winners repeated their orations. 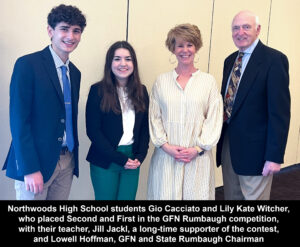 The First Place winners will go on to compete in the State Rumbaugh Contest, for the opportunity to go on to the National Competition.