Mr. Renny Taylor, AP and Honors History teacher at Nash Central HS, invited Ken Wilson of the Halifax Resolves Chapter, NC Sons of the American Revolution to visit his class and talk about the Battle of Cowpens.  Wilson was dressed as a member of the militia as he spoke to the students about the strategy of the Patriot commander and the British commander and the final results.  This pivotal battle of the Revolutionary War helped turn the tide in favor of the Patriot forces and is still studied by the cadets at the United States Military Academy at West Point.  Wilson also fielded questions from the students pertaining to the SAR’s Knight Essay contest. 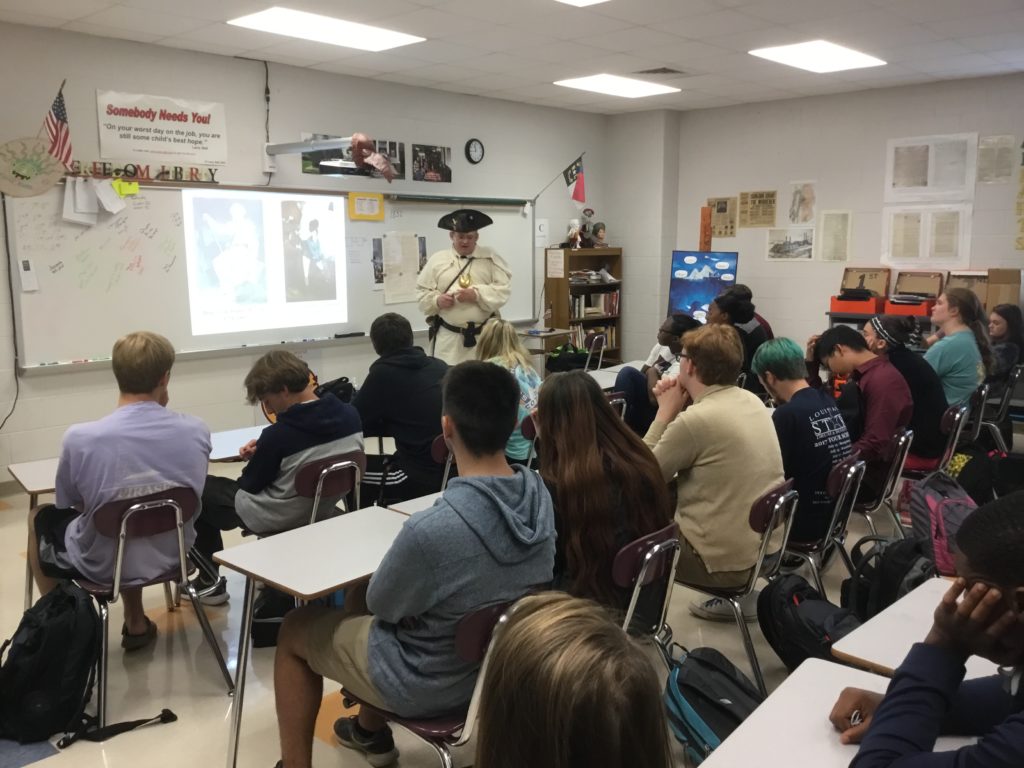