The Halifax Resolves chapter recently sponsored a Patriot grave marking ceremony for Patriot William Battle of Nash Co., NC. William Battle was born about 1758, most likely in Northampton Co., NC, the son of William and Mary Battle. His parents lived first in Edgecombe (now Nash) Co., later moved to Northampton Co., but moved back to Nash Co. about the time of the American Revolution.

Little is known of Battle’s early life, but he married, circa 1785, Mary Ann Williams of Halifax County, NC, daughter of John Williams, and together William and Mary Ann raised nine children.

During his lifetime, William Battle accumulated more than 900 acres of land on Swift Creek in Nash County, which eventually fell to his nine children. According to an early published genealogy of the Battle family, he died in December 1802 as “the result of an innocent joke,” but exact details of his death are lacking.

William Battle’s service to the Revolutionary cause is clearly documented in various pay vouchers dating between 1781 and 1783, in which he was reimbursed for patriot service. He is a proven patriot on both the SAR and the DAR rosters, and more than 70 ladies have joined the DAR through their lineage from him. 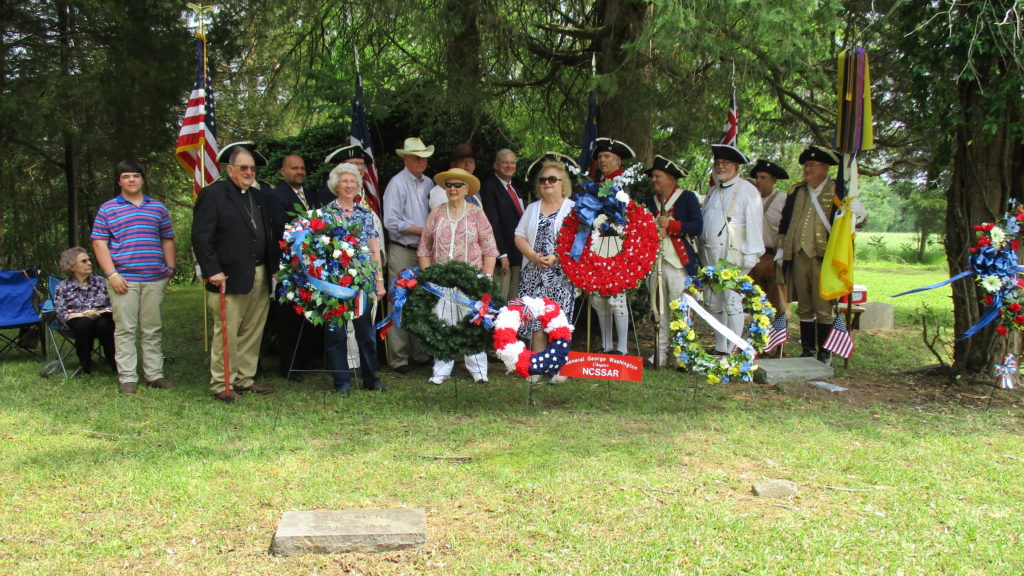