SOLD OUT! NO TICKETS REMAIN! 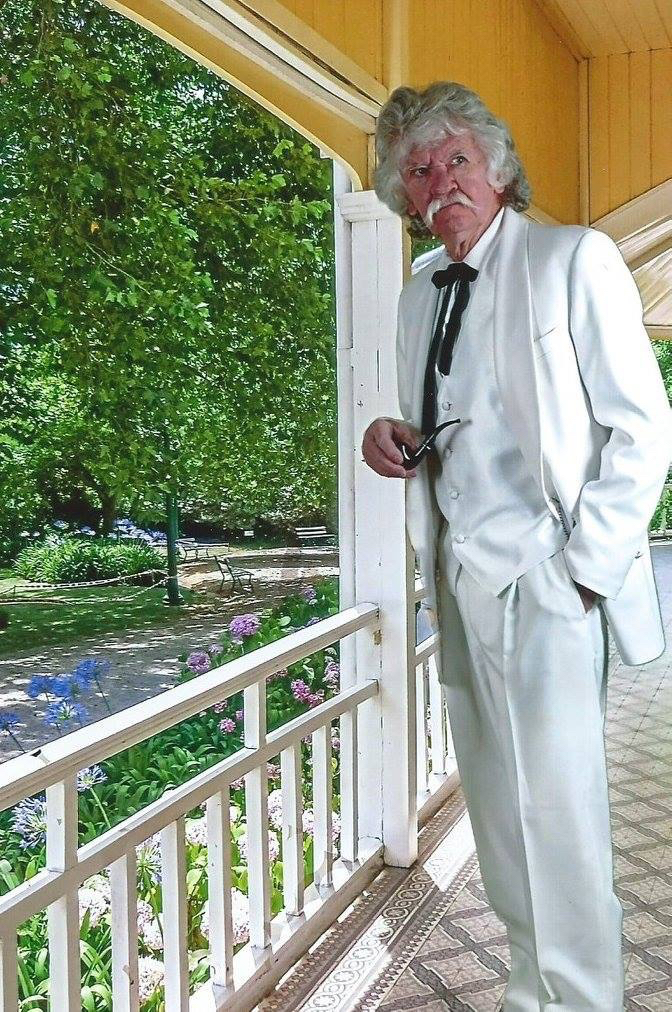 Professional historical actor and portrayer Curtis O’Dell from Kentucky will bring Mark Twain to life. “I bring a family-oriented performance for all ages that does not include profanity or vulgarity and my portrayal always makes the audience feel like they are back in time with Mark Twain himself,” says O’Dell. “I began Mark Twain impersonations after being told for 25 years that I should perform as him based on my appearance. I have always had the same hairstyle, color and mustache as Mr. Twain and my love for his history and writing makes my portrayal really come to life.”

Mark Twain is best known for his American novels The Adventures of Tom Sawyer (1876), Adventures of Huckleberry Finn (1885) and The Celebrated Jumping Frog of Calaveras County(1865). Twain was born on November 30, 1835, shortly after the appearance of Halley’s Comet and he predicted that he would “go out with it” as well; he died the day after the comet returned on April 21, 1910.

SOLD OUT! NO TICKETS REMAIN!