The Overmountain Victory National Historic Trail presents a free 40-minute video on YouTube on the “North Carolina Patriots at the Battle of Kings Mountain.” 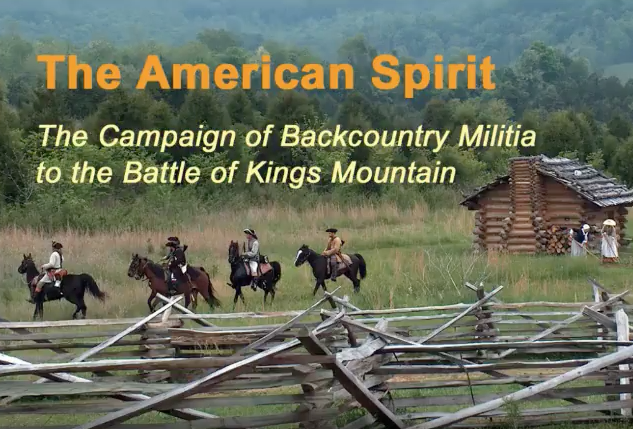 This information and flyer courtesy of author and storyteller Randell Jones of Daniel Boone Footsteps in Winston-Salem, NC. You can visit the website at www.danielboonefootsteps.com or contact Randell Jones at . Randell is a great friend of the SAR and has spoken at so many SAR events across North Carolina.