Dr. Benjamin Franklin, one of our nation’s Founding Fathers, visited the Mecklenburg chapter’s annual President’s Day Community Dinner tonight to share his observations on the drafting of the Declaration of Independence and the U.S. Constitution. 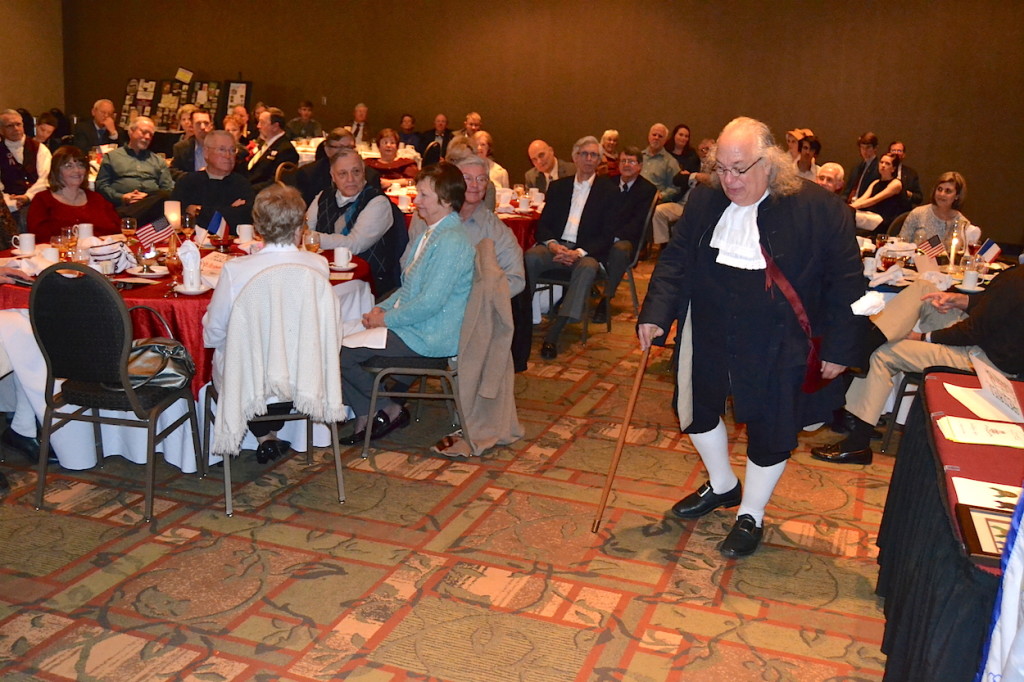 “This is the fourth year of our President’s Day program and it was extremely well received and popular,” said Mecklenburg chapter program officer Tom Phlegar. “This year we had 205 registered guests who attended making this our largest President’s Day event to date.” The special guest for 2017 is Abraham Lincoln. 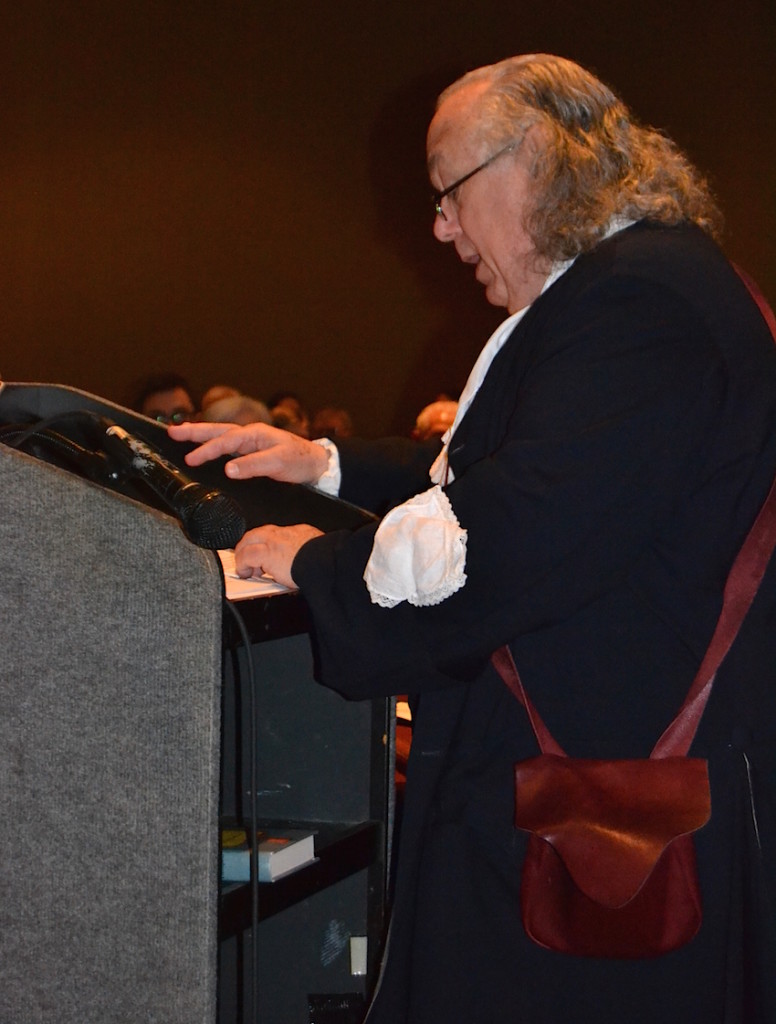 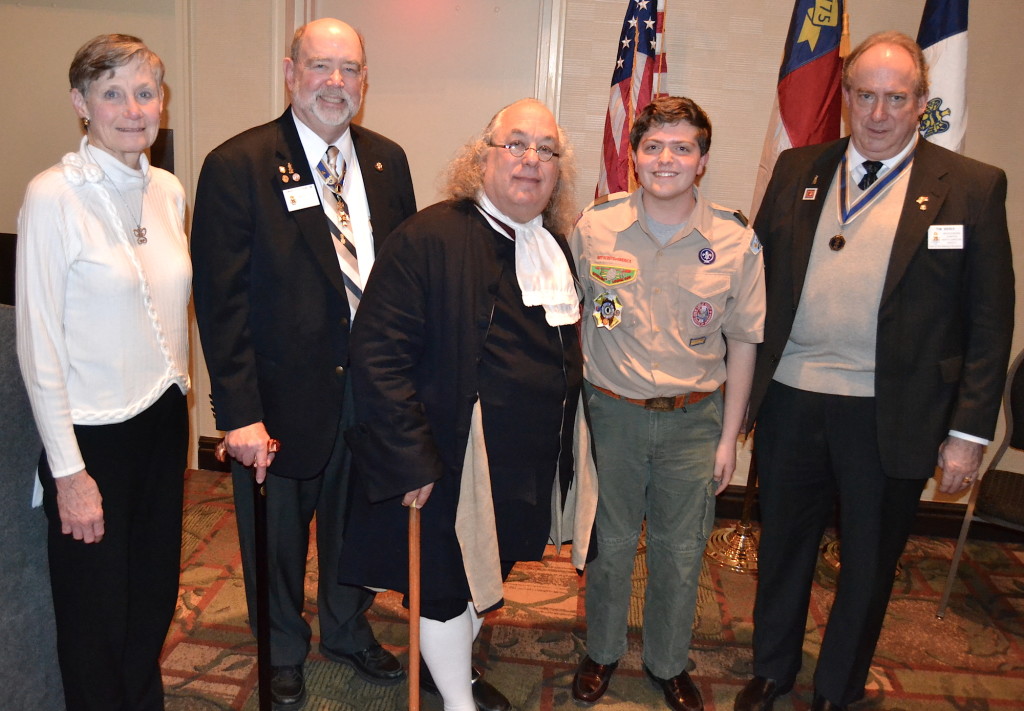 “Our annual President’s Day program has grown from 115 guests in our first year with Thomas Jefferson to the 205 guests we had last night for Benjamin Franklin,” added Phlegar. “Next year’s guest of Abraham Lincoln will probably reach a new attendance record north of 250 guests.” 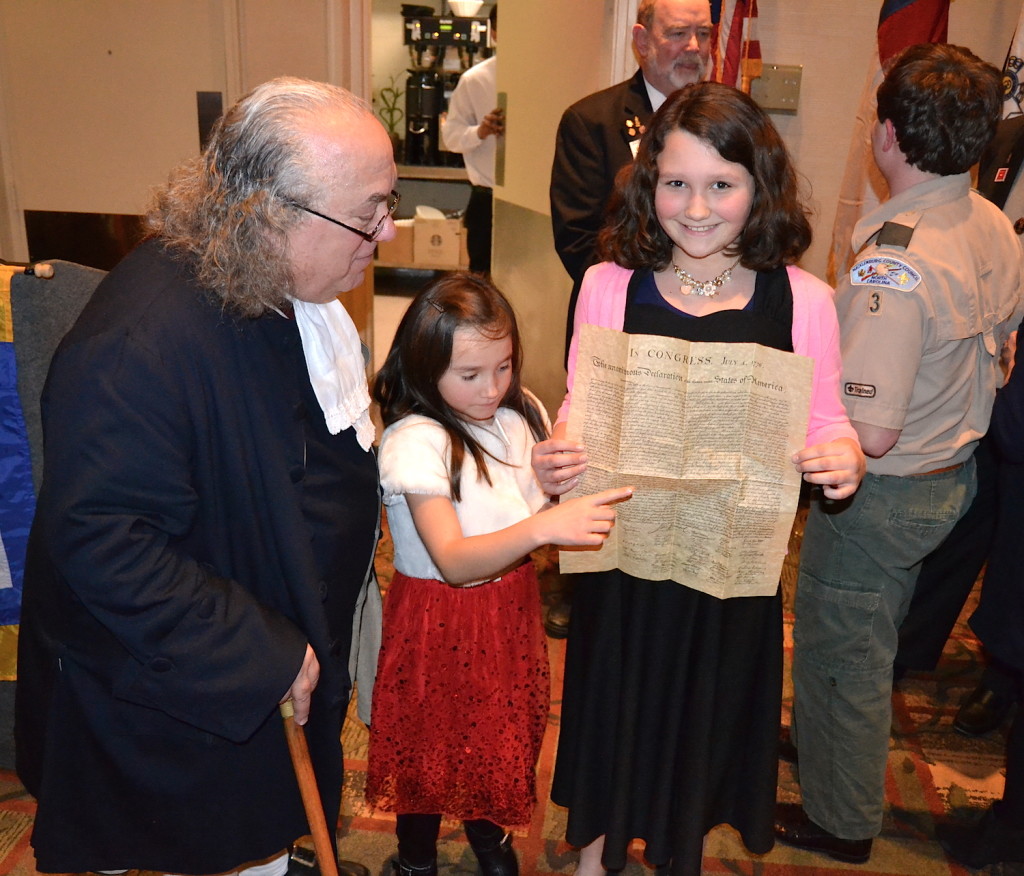