Lancaster Funeral Home in Louisburg was recently awarded the Sons of the American Revolution Flag Certificates for correctly flying the U.S. flag at their business on Bickett Blvd. and at Lancaster Memorial Park on NC Hwy 561. The certificates were presented to Ryan Brown by Bill Riggan, Registrar, on behalf of the Halifax Resolves Chapter and reads: “In Recognition of Exemplary Patriotism in the display of the Flag of the United States of America”. 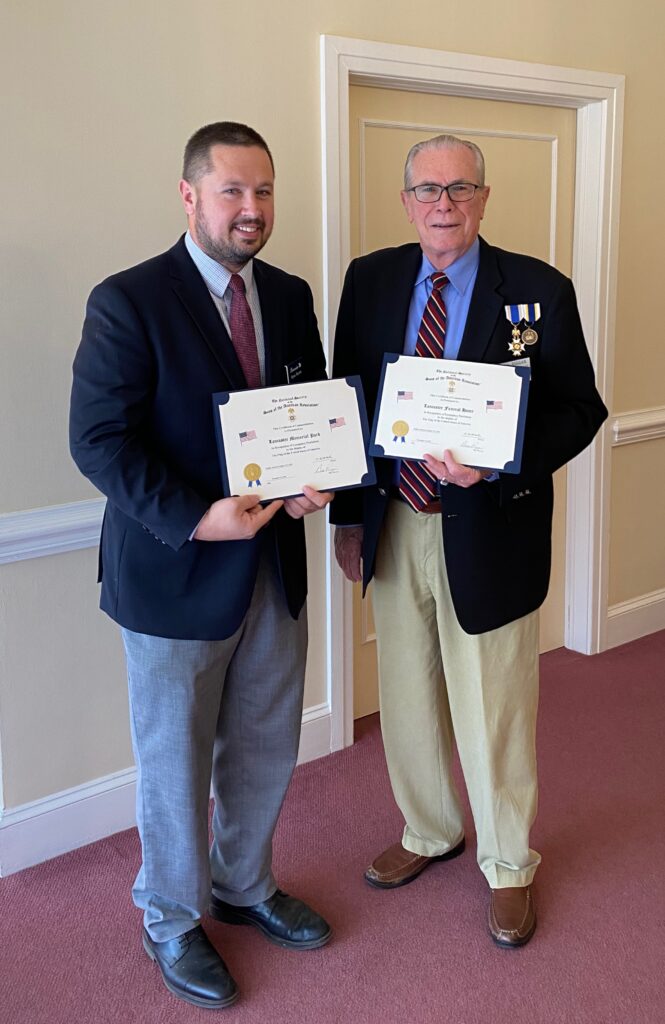