Dressed as a member of the North Carolina militia, Wilson spoke to the middle school students about the meaning of the dates on the North Carolina flag.  The presentation covered the period of NC history from the Mecklenburg Declaration of Independence, thru the Battle of Moore’s Creek Bridge and the adoption of the Halifax Resolves.  Mr. Ronnie Ingram received some SAR Educational material that included CD’s/DVD’s to provide him with additional reference materials for the classroom.

The Battle of Cowpens was the topic of the high school class presentation.  Wilson informed the students about events leading up to the battle, the battle itself and the significance of this Patriot victory had toward ending the Revolutionary War.  It was pointed out that this battle is still studied today at the U.S. Military Academy at West Point. 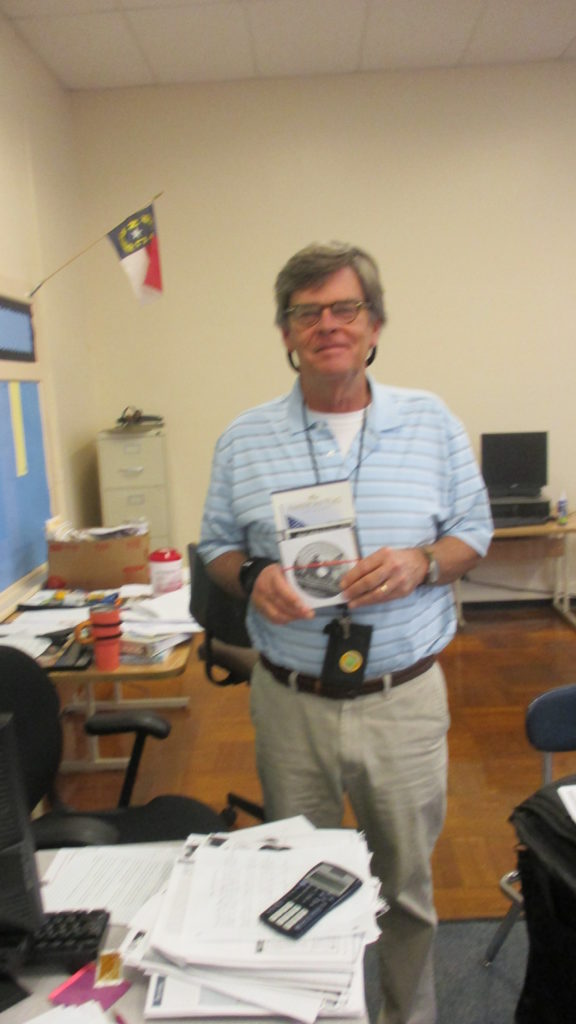 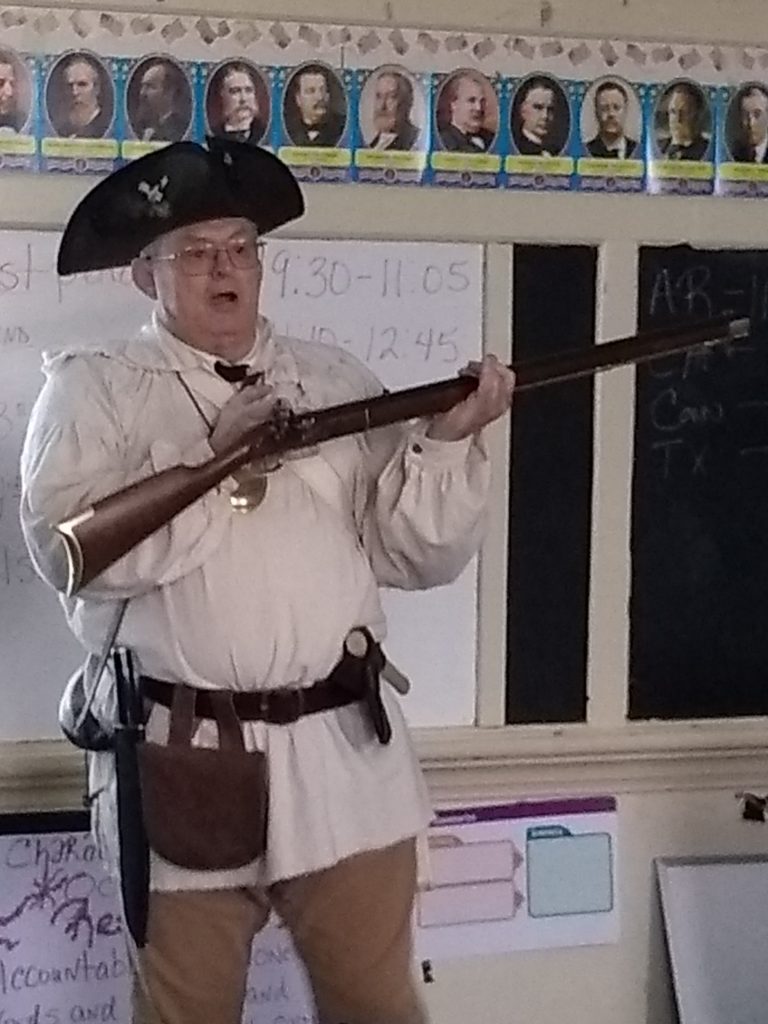 Compatriot Wilson talks to the students about the Battle of Cowpens