At the invitation of the Halifax County Genealogical Society, Halifax Resolves Chapter President Ken Wilson presented a program entitled “The Battle of Kings Mountain, October 7, 1780: The Beginning of the End”. This program encompassed events leading up to and including the battle that turned the tide of the Revolutionary War in the South. Following the defeat of British Major Patrick Ferguson at Kings Mountain, the British lost a series of battles finalized by the surrender of Lord General Charles Cornwallis at Yorktown in October of 1781. 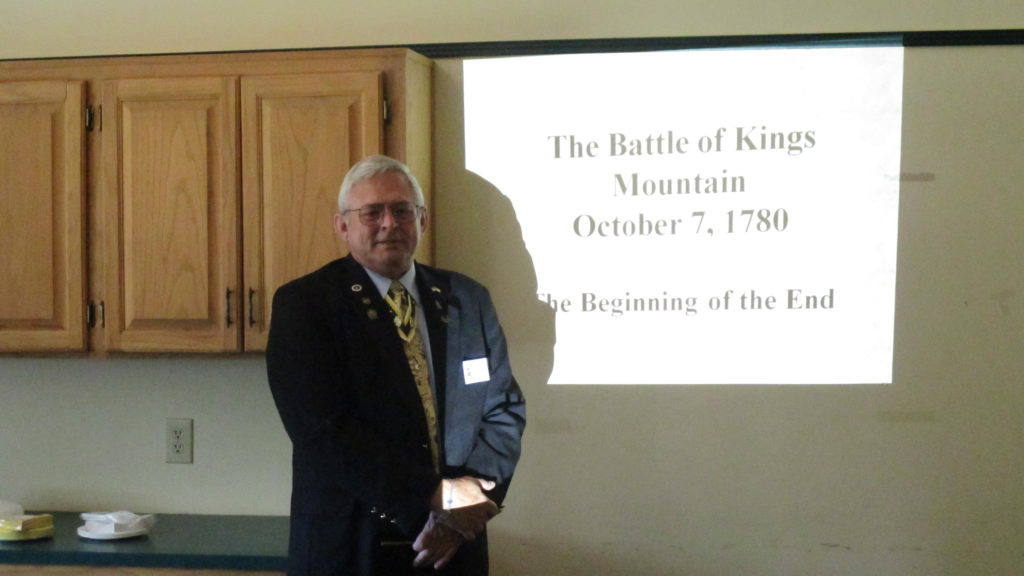