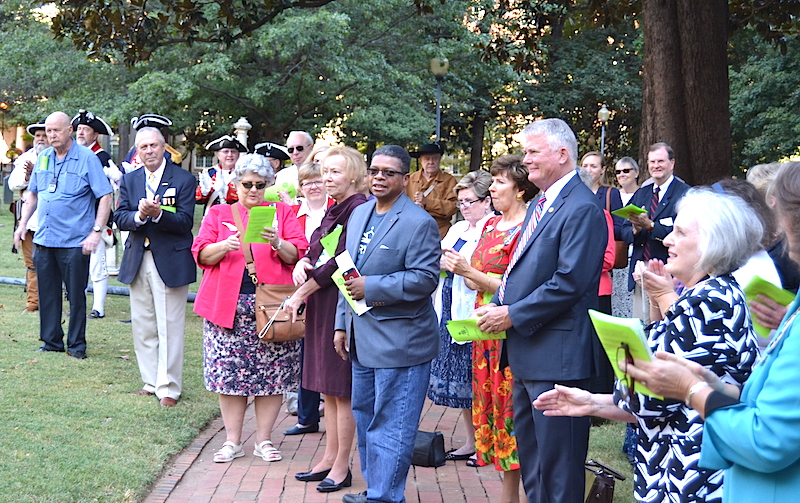 “Patriot Brevard was an author and a signer of the Mecklenburg Declaration of Independence, a Captain at the Battle of Moore’s Creek Bridge, a prisoner of war in Charleston and a surgeon with the 1st North Carolina,” said Ken Luckey, president of the Mecklenburg SAR chapter. “We had several city officials from Brevard, NC, here to bring greetings as that city was named after Patriot Brevard.” In the photo below, Ken Luckey, at left, and Susan Waldkirch, past regent of the Mecklenburg Declaration of Independence Chapter, NCSDAR, unveil the monument. 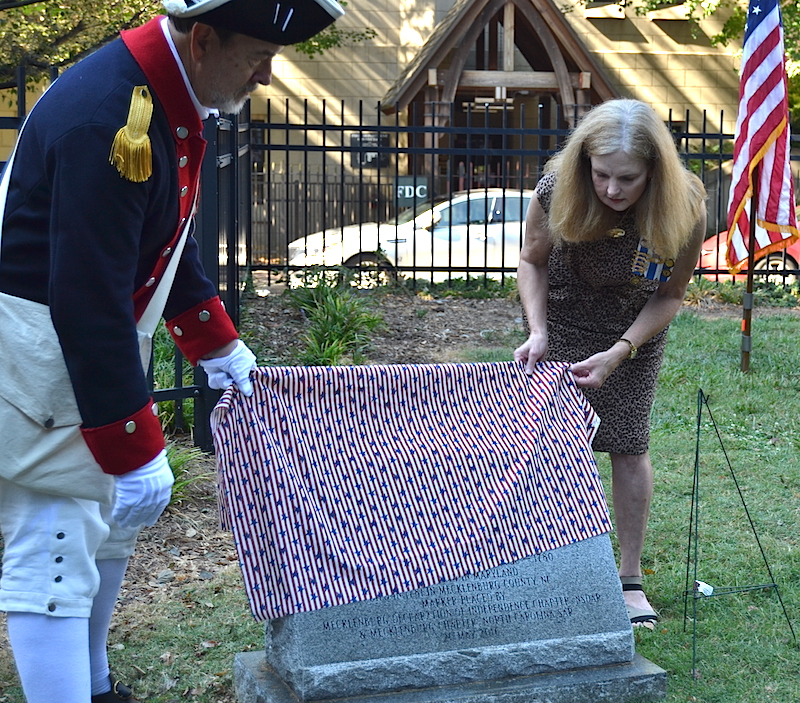 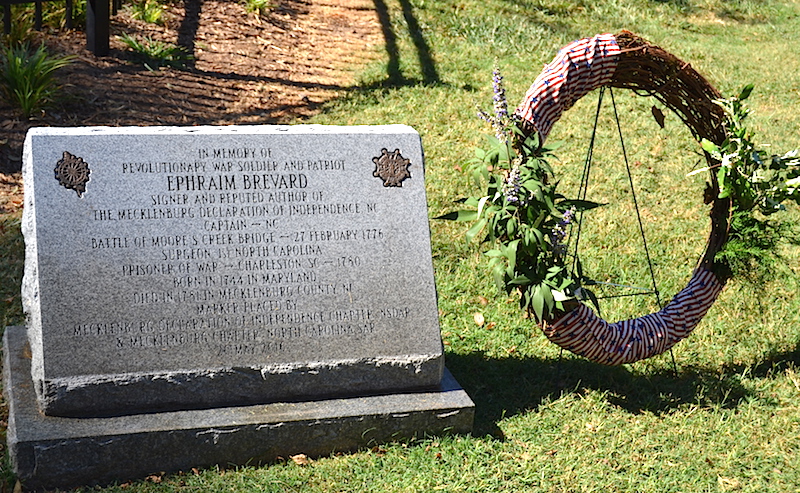