Braswell Library Genealogist Ms. Traci Thompson, MILS, CG, presented a program entitled “The Adventures of Percival Clay – From England to the Revolutionary War and Beyond” at the September meeting.  The program illustrated Percival’s life from imprisonment in England to hard times in the colonies from Virginia to North Carolina and Georgia, including being again wanted by the law in Virginia.  His service, along with that of his sons, in the Revolutionary War earned him land in Georgia.  Ms. Thompson was presented with an SAR Certificate of Appreciation by Chapter President Ken Wilson recognizing her support of the chapter. 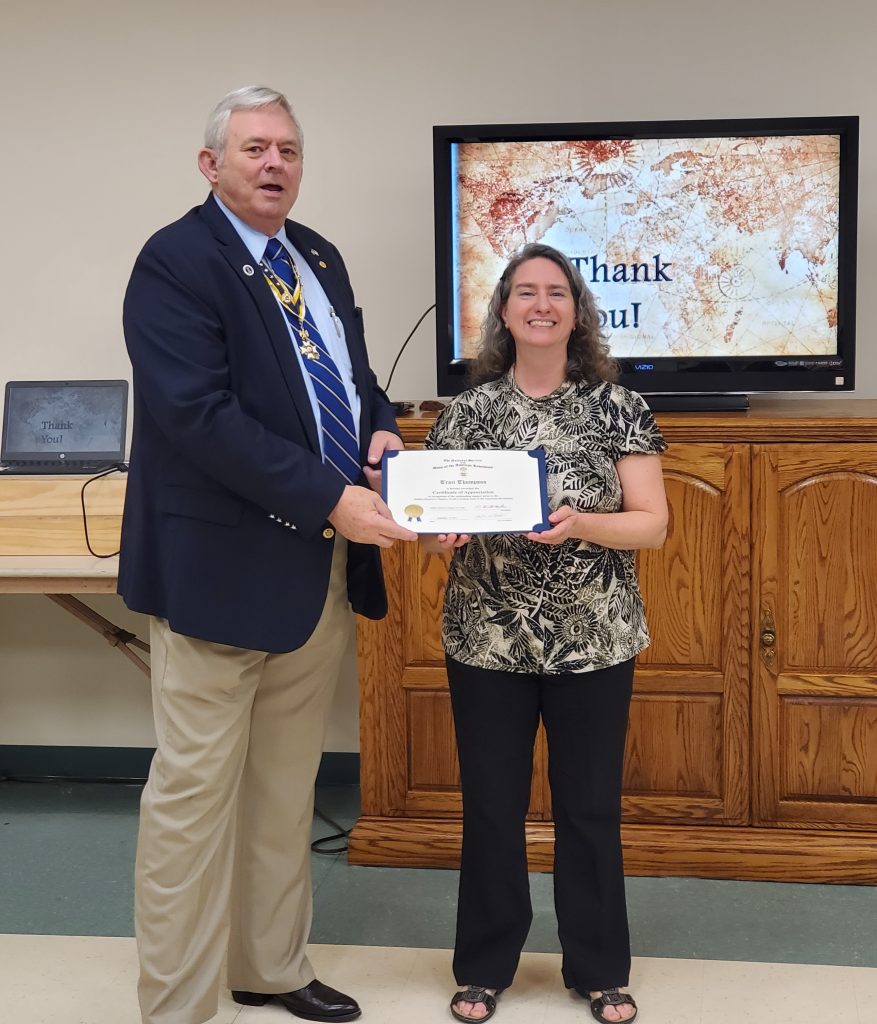