Rednap Howell was brilliantly portrayed by Dr. Ted Scott Henson, of Burlington, himself a descendent of three Regulators.  He addressed a GFN Chapter Meeting at the Colonial Inn in Hillsborough on Constitution Day, September 17, 2022.

Rednap recounted the grievances of the mainly agrarian residents of 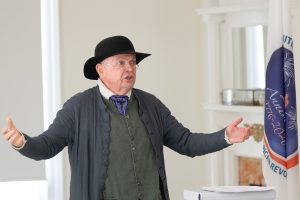 the North Carolina Colony against corrupt and inequitable government, under British administration.  Civilians took up arms against colonial officials, from 1765-1771.  This culminated in the Battle of Alamance on May 16, 1771.  An unstructured group of at least 2,000  Regulators were attacked by around 1,000 conscripted NC Militia under British command, and quickly defeated.  Many of the Regulators left the colony to settle further west, as far away as Texas. 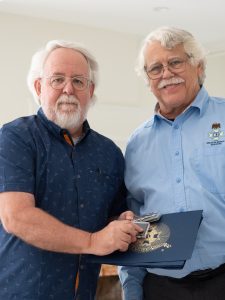 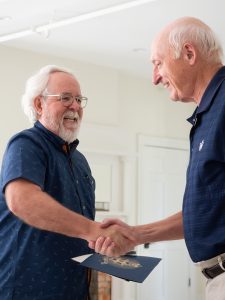 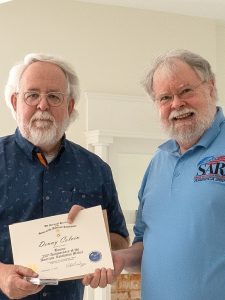