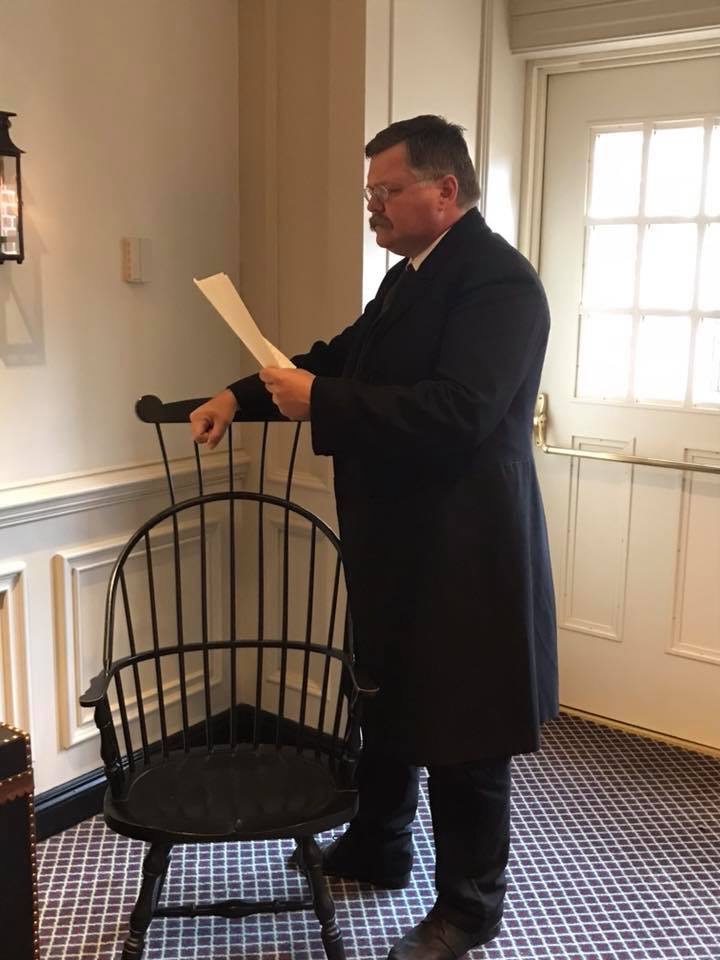 Mr. Roosevelt was the driving force for the Progressive Era in the United States in the early 20th century. His accomplishments in public life were many, including making conservation a top priority and establishing many new national parks, forests and monuments.

In his foreign policy, he focused on Central America where he began the construction of the Panama Canal and he sent the US Navy on a world tour, called the Great White Fleet, to project the US naval power around the globe.

His face is depicted on Mount Rushmore alongside George Washington, Thomas Jefferson and Abraham Lincoln, all presidents we have had as guest speakers at previous President’s Day Events! Historical actor Bill Rose portrays Mr. Roosevelt with much acclaim from his performances from across the country.

Tickets are $37.25 for adults and $19 for children and are on sale via PayPal on our chapter website.

You can also download the RSVP to mail in your checks.