Clarence A. Wyche was born March 14, 1878. in Granville County, the son of the late Perry Wayne Wyche and Rebecca Southall Wyche.  He spent his early childhood in Granville County and came to Roanoke Rapids as a railroad telegrapher when a young man.  At one time he was secretary and treasurer of the Rosemary Manufacturing Company, stepping from that position into the presidency of the First National Bank of Roanoke Rapids. At the time of his death on July 19th, 1947, he was general manager of the Halifax Farmer’s Supply Company, a post which led to many contacts with people who lived outside of the city.

Compatriot Wyche joined the North Carolina Society of the Sons of the American Revolution on March 8, 1912 ( 22846 / 46) thru his ancestor Lt. William Evans, who served with the 10th Virginia Regiment later designated as the 6th Virginia Regiment of the Continental Line.  Compatriot Wyche was elected as the North Carolina National Trustee in 1913 and served until 1915. 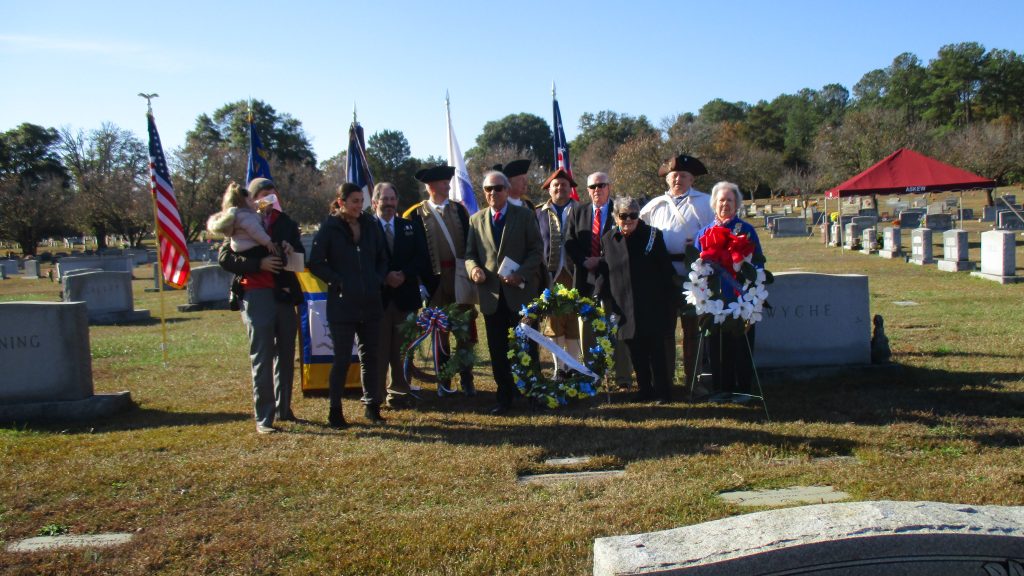