CW5 Herring retired as a Special Forces member having served  tour of duty in Afghanistan and Iraq.  Among his many awards are the Silver Star, Bronze Star, Bronze Star with Valor, and the Purple Heart.

Captain Robinson was an enlisted helicopter technician serving in Southeast Asia when his helicopter was shot down while on a rescue mission over enemy territory on September 20, 1965.  He was held captive in North Vietnam until his release on February 12, 1973.  He spent 2,703 days as a Prisoner of War and holds the distinction of being the longest held enlisted prisoner of war in US History.  He received a battlefield in 1969 from President Richard M. Nixon.  He is the recipient of the Air Force Cross and the Purple Heart.

Compatriot Wilson presented the chapter wreath during the ceremony. 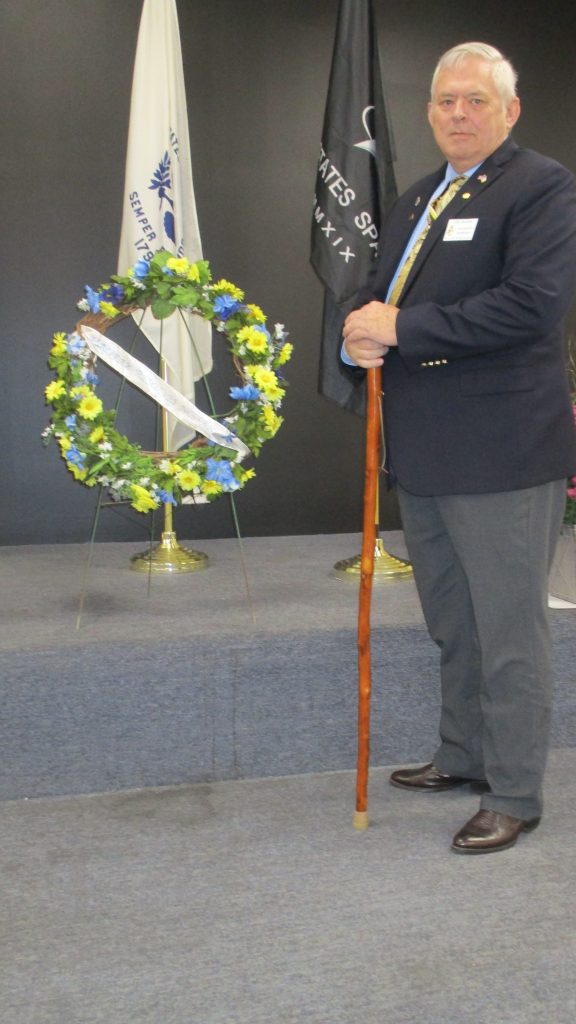