The Halifax Resolves Chapter partnered with the Albemarle Chapter to remember Dr. Cleveland M. Hawkins, Ph.D. at West Lawn Cemetery in Elizabeth City on November 5th.  Compatriot Hawkins was a charter member of the Halifax Resolves, its first secretary and second chapter president.  He later served as the Region 1 Vice President.  Dr. Hawkins was instrumental in the formation of the Albemarle Chapter in Edenton.

A post ceremony reception was held at the Albemarle Lanes in Elizabeth City. 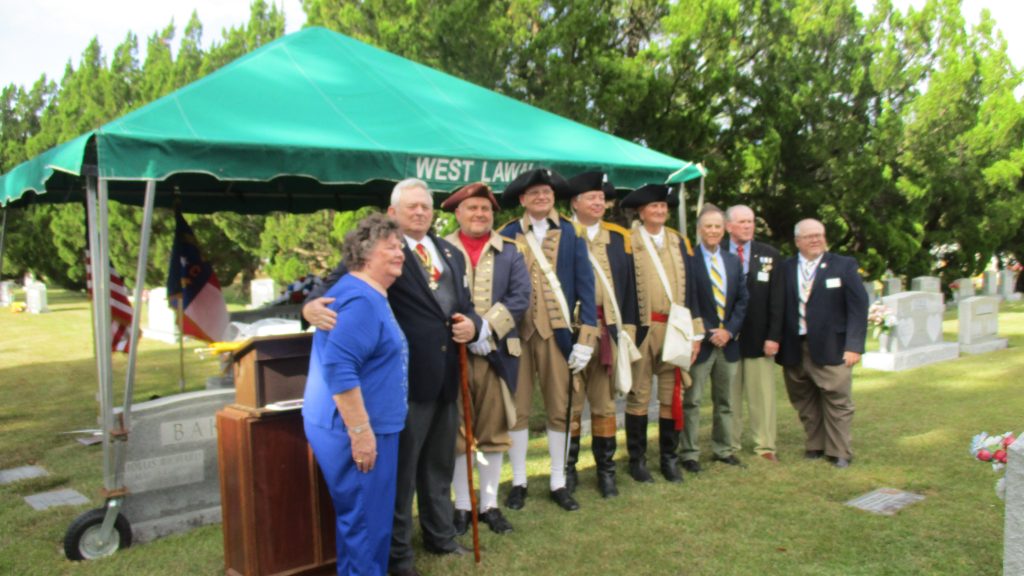