The Halifax Resolves Chapter conducted a grave marking ceremony at the Allen – Coley Cemetery in the Stem Community of Granville County on October 15th.  Patriots William Allen, Archer Johnson and John C. Whitfield were honored for their contributions to the American Revolution. Greetings were brought by South Atlantic VPG George K. Strunk and NCSSAR Secretary Robert Sigmon.  In addition to the Halifax Resolves Chapter, the General George Washington Chapter, the Mecklenburg Chapter and the Raleigh Chapters of the NCSSAR were also in attendance.  The NC DAR was represented by the John Penn Chapter, the Micajah Pettaway-Halifax Resolves Chapter and the Thomas Person Chapter.  The Descendant of the Signer of the Declaration of Independence was also represented.  Halifax Resolves Chapter President Ken Wilson was the Master of Ceremonies. Descendant David Allen of Lexington, NC thanked the participants for their attendance and the honoring of his ancestors. 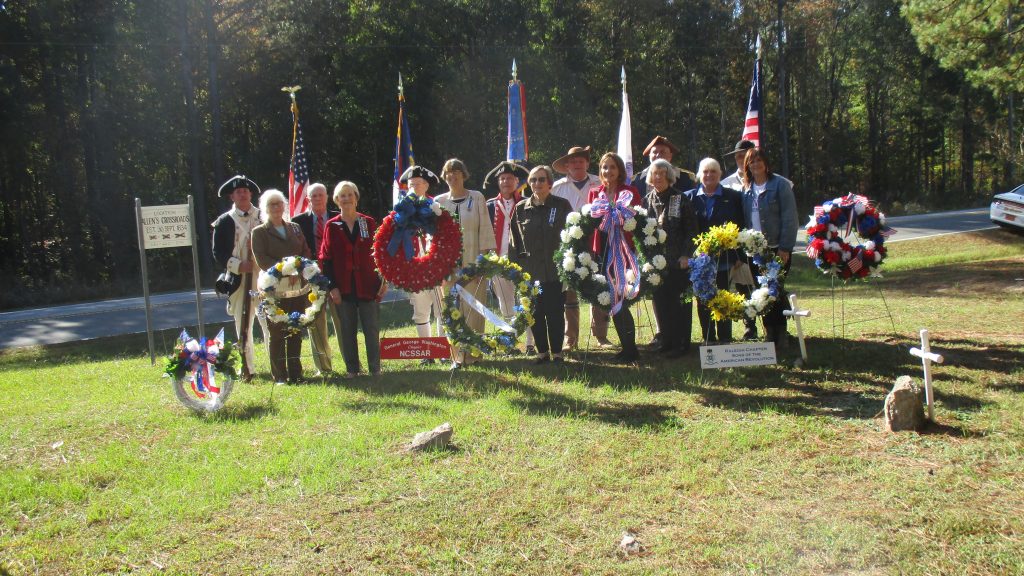 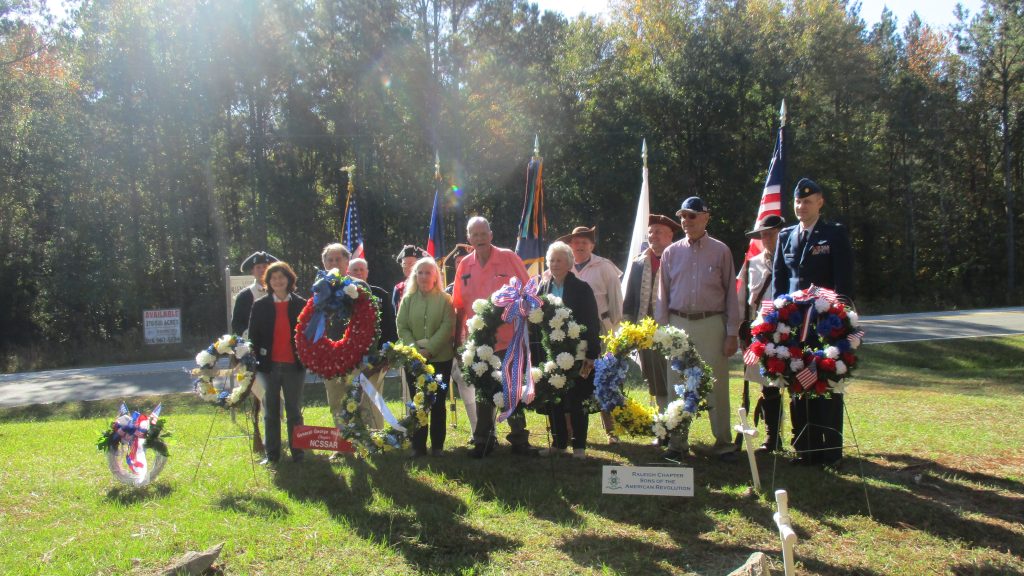