The Halifax Resolves and Mecklenburg Chapters joined forces to remember one of the Mecklenburg Chapter members buried at Oakwood Cemetery in Louisburg, NC, Dr. Frank Oliver Alford.  Compatriot Alford, 55867 / 568, was born August 29, 1899 in Franklin Co. to Lawrence Sidney Alford and Susan Parker Arrington.   He served in the United States Navy Pay Corp from 1918-1919. After his service commitment, he established a dental practice in Charlotte.  Compatriot Alford joined the SAR on July 7, 1939 as a descendant of Arthur Arrington of Nash Co.  and was a member of the Mecklenburg Chapter.  On October 25, 1947 he married Anne Pauline Smith in Raleigh, NC.  Dr. Alford was an active member of the American Dental Association and served for a time as President.  He died in Raleigh on November 11, 1983 and was brought back to Louisburg for burial. 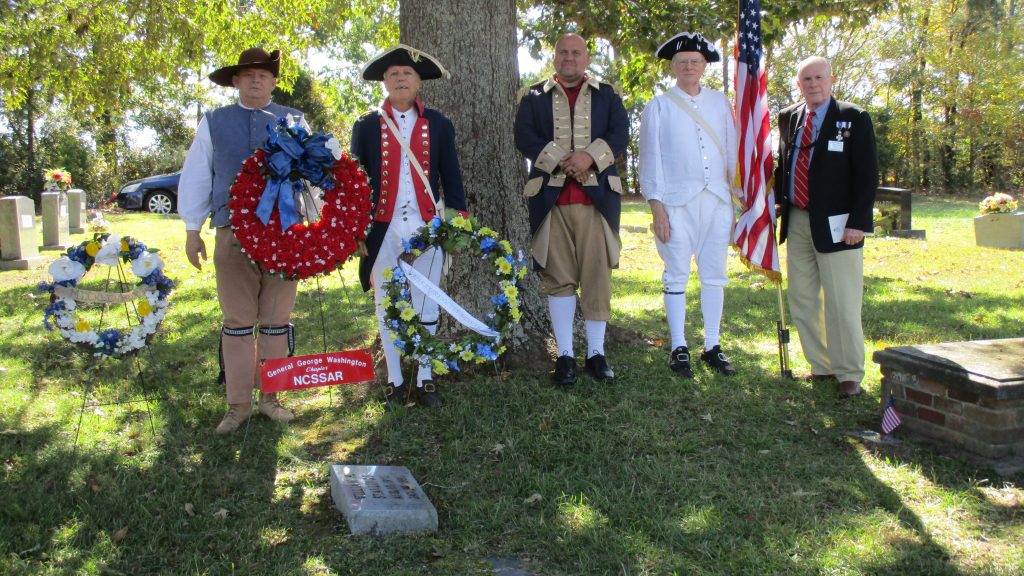